Ignacio Salazar (Bilbao 1964) assumes today his position as new CEO of Highfield and Geoalcali. He will lead the construction and development of the Mina Muga project and has already joined the office in Pamplona.

Salazar, an international executive with more than 30 years of experience in the natural resources industry. He has lived and worked in various countries in Europe and South America. Ignacio assumed the position of CEO of Highfield in July 2020, after coming from Orosur Mining, a Canadian gold mining company with operations in Colombia, Uruguay and Chile, which is listed in the London and Toronto stock markets, and in which he worked as CEO and CFO for 12 years. Salazar had previously pursued an 18-year international career in oil and gas exploration and production with Royal Dutch Shell, where he led new business development and finance teams in countries such as the UK, Germany, Denmark and Argentina, as well as working in headquarters in London and The Hague. Following his tenure at Shell, in 2008 he joined Orosur Mining, where he was appointed CEO in 2013, until joining Highfield.

Educated at the University of Deusto (Bilbao) where he completed his master’s degrees in Economics and Business and Law, Salazar initially worked in companies such as Hidrola (now Iberdrola) in Madrid, and Management Horizons in London.

Geoalcali’s new CEO has extensive experience in the exploration, development, construction and operation of open pit and underground mines, as well as in the development of local relations with communities and governments, and international relations within the industry and in the capital markets from London, Europe and North America, both raising capital and in mergers and acquisitions.

Geoalcali’s Mina Muga project will be one of the main industrial motors which will generate employment in the Communities of Navarra and Aragon. Mina Muga incorporates significant capital and technology investments in advance of the start of the project, highly skilled and specialized labor, economic, technical and financial discipline and an exemplary commitment to the community, safety, and the environment. Once the exploitation permit for the extraction of potash has been granted, which is expected shortly, the company will immediately proceed to raise the capital necessary for investment, the hiring of personnel, and the start of construction.

Geoalcali conducts a geotechnical campaign in the area where the Mina Muga facilitaties... 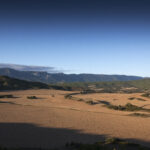 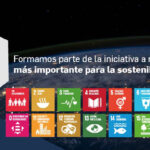